Welcome to Olga’s Music Studio, where international standards in piano
and voicepedagogy meet customers’ expectations of taking musiclessons.
Customers can choose their desired level in the broad range from recreational music in the family circle through evaluation
auditions to competition/professionallevels.
In this unique Studio, customers get opportunities much above standard expectations.

First lesson is free of charge. 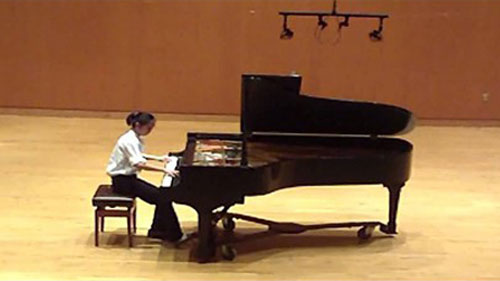 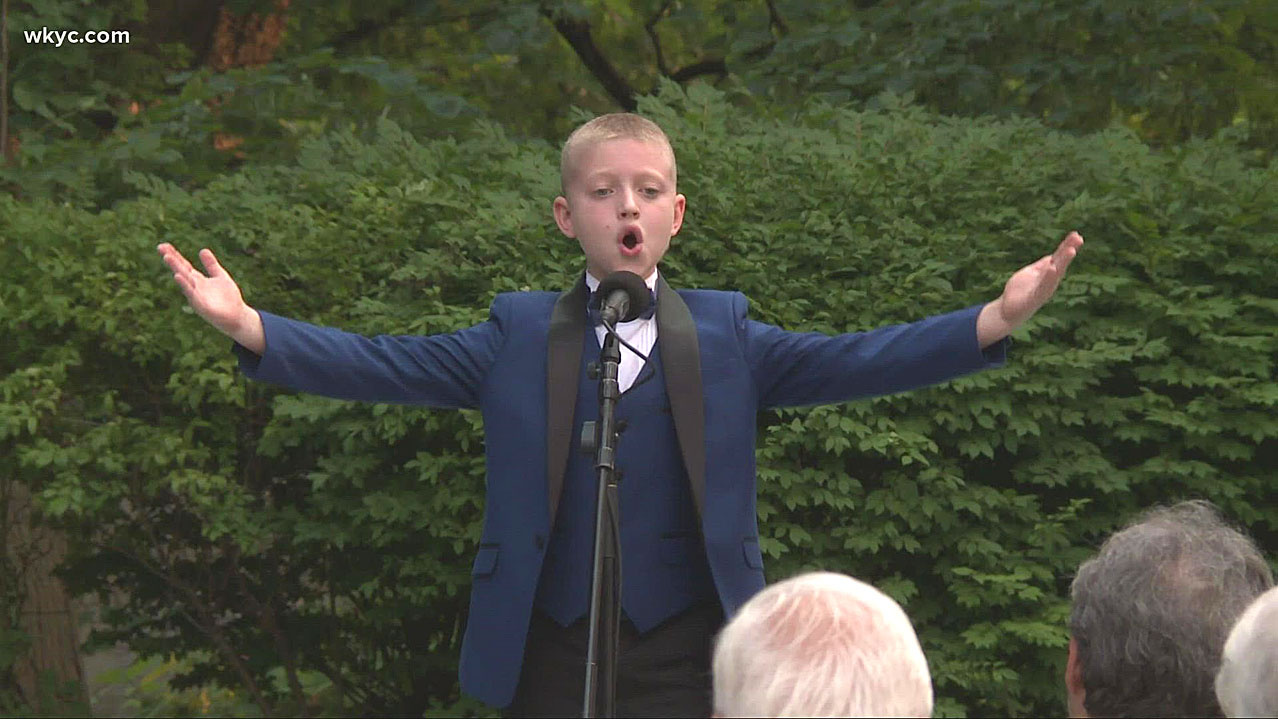 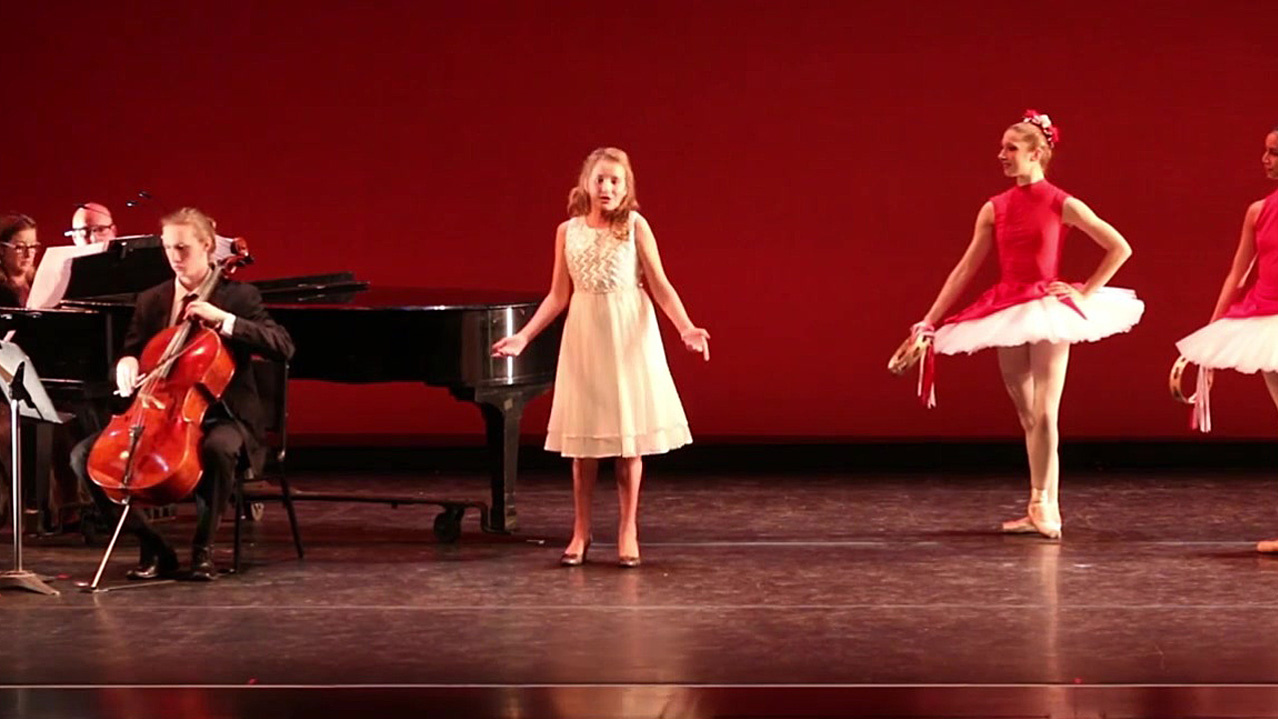 The main idea of our site is to present to the public the documented result of more than 20 years of work in the USA in various spectra of music education.
Some of the photo and video materials presented on the site include generously provided by courtesy of organizations such as Cleveland Opera Theater, Cleveland Ballet, Opera in Italian Garden, Moro Design Studio, Grand Prize Virtuoso International Competition London & Salzburg, American Protégé International Competition, Crescendo Little Mozart Int.Competition, Feurich International Competition, Vienna, AT, Russian Cultural
Garden of Cleveland, and customers of ,OH voice lessons Olga’s Musiс Studio.

Olga Druzhinina was my son’s voice coach for over 6 years and the accomplishments were amazing.
Olga discovered Nicholas’s abilities to sing and helped him develop a beautiful tenor voice.

With her help, knowledge and determination Nicholas had the opportunity to sing and compete in many venues in United States and outside of the country in United Kingdom, Italy, Austria along with other few students
of Olga’s Music Studio. Working with Olga was a great experience, my son had a lot to learn from her.

Mrs. Druzhinina has been our son’s piano  and voice teacher for almost 5 years now.
Her vast musical experience and partnership with  well known cultural organizations has kept our son’s interest in music and made him a better all-around person, more disciplined, proud to be part of the music world and able to learn a skill and manage a performance at such a young age.

Mrs. Druzhinina’s  patience, dedication and amazing ability to teach things in a way that was creative and fun for kids have made all the  difference.
Recently our youngest son started piano lessons  and we look forward to see him perform with his older  brother one day… Highly recommended for  all parents looking for an exceptional music teacher.

I used to lose my voice all the time so I Googled voice teacher near me and Olga popped right up.

I gave her a call and within a week I was in her studio. After a couple of months of lessons twice a week I had a stronger voice and became a singer! I had never sang a note in my life but Olga brought out something inside me that wanted to sing.
Olga made me feel encouraged and exiting about singing. I noticed improvements in my voice after every session.
I would recommend Olga to those just starting out or looking for fine-tuning for classical singers.

A talent behind fear.

I sat there watching my dad jam out on his guitar and belt out our favorite songs as I stumble away banging on the drums, singing under my breath longing to join in. That Christmas my dad gave me a gift certificate for voice lessons.
A month later I was standing in Olga’s studio expecting to learn classic rock. She looked at me during that lesson and said, “I’m teaching you classical training.” I was confused. “Wait what? Opera!?” Well, I accepted it to see what would happen.Lesson after lesson I learned how much I couldn’t distinguish notes precisely and how much each lesson helped develop that discernment. But that was only part of the struggle. My voice box had years of tension and stress behind it.
As we started, it sounded like I could be a tenor.

We practiced solfeggio and basic exercises along with building proper posture and breathing techniques.
Soon we found some of the tension in my neck relaxed and I was able to sing in baritone.It didn’t stop there, but the challenge became far more difficult. The journey became not just about technique and practice, it became therapeutic as well. We surfaced deep trauma and fears holding me back.
The basic fear of failure in front of others prevented me from growing. I was trying to be perfect without failure. I had this feeling that in order to be accepted I had to be perfect, and that at all cost it was not ok to fail.
This was a major struggle as I knew I wasn’t good at singing but I was trying to become good without mistake. Impossible right, yeah, silly me.

As time went on Olga continued to provide an environment that felt comfortable enough for me to find goodness in failure. She actually encouraged it while making it humorous and non judgmental. This is exactly what I needed. This was my atonement moment. It was not easy for me, but this is what led me to my true comfort zone, bass.
The following Christmas Eve our whole family came over for celebration and by mere path of curiosity we all found ourselves grabbing an instrument and singing our favorite songs together.

I had a mic, my dad had a mic and we had that moment were you look at one another and just know, its good. A moment in time that could never have been predicted or planned, but it just happened. That whole evening, I think, was a miracle. Not only did I get what I set out for, to sing with my dad, I got so much more that I needed.
The entire year of lessons was like unburying a treasure covered by fears and doubts.
A treasure that opened up for me the joy, confidence and comfort I had been in dire need of. I grew as a son, a man, a human. Thank you Olga for being the mentor I needed at this point in my life.

Mrs Druzhinina has taught my daughter for the past 8 years.

We started with piano lessons and added voice lessons.  Olga has vast music experience especially in the voice category.
She  is an excellent and dedicated  teacher who will adjust her lessons to fit the student’s special musical talents. She has developed my daughter’s singing abilities at a very high level, giving her the opportunity to perform at some of the most prestigious venues – Carnegie Hall, Pontifical Institute of Sacred Music, Maltz Performing Arts Center to just name a few.  Olga’s unique technique has  helped my daughter be able to sing two roles for Cleveland Opera Theatre’s  production including the main role of Amahl in the opera Amahl and the Night Visitors for 4 years with shows set 3 days in a row in 2019 and 2021 years. She also sung for Cleveland Ballet’s show of The Nutcracker in 2017 and 2018.I would highly recommend her as a voice/ piano teacher.

Magnificent classical piano pieces I once thought too difficult to master are now possible.

“Ever wonder how professional pianists make it look so easy? It’s all about proper technique, and this is exactly what Olga teaches in a methodical, thoughtful way. Magnificent classical piano pieces I once thouhgt too difficult to master are now possible. Thank you, Olga” – Lawrence K.

My 13 year old son has been taking vocal lesson with Mrs. Olga for 11 months.
Mrs. Olga is very experienced teacher with incredible passion and love in music.
She is extremely knowledgeable and professional. Very often, we are amazed by her deep understanding of music.

Beyond everything, she is super patient, caring and welcoming. It feels home when taking lessons at her studio.
My son has made tremendous progress under her instruction within a year. We would recommend any one who loves singing to study with her.

“Her instruction has exceed our expetations…”

“Finding a piano teacher was a long process. When we decided to join Olga’s Music Studio, we knew we had made the right choice. Her instruction has exceed our expectations. The boys are playing well above what we thought they could!” –  Audrey K.

“Olga is absolutely wonderful teacher, fun and sweet, patient adn professional! Olga’s personal attention tailored to our children needs and willingness to go the  extra mile to help them succseed is very much appreciated!” Nancy Q.

Popular Music Lessons near me.